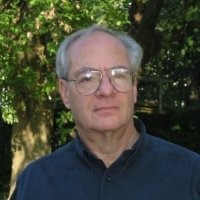 A long-time advocate of “Green” architecture, affordable housing and sustainable planning and design, Bill Chaleff has designed over 200 energy-efficient buildings since he began his practice on Long Island in 1974 and became the second LEED Certified person on Long Island in 2003. Bill is the developer of air-floor construction, which has been integrated into over 150 buildings over a period of 35 years. His firm won a New York State engineering award for their Tuckahoe School addition. Bill has been guest lecturer at U.C. Berkeley and at R.I.S.D. and New York Tech Architectural Schools, and was adjunct professor at L.I.U. Southampton. He has been retained by the Structural Insulated Panel industry and the A.I.A. to run several workshops across the country on construction with Structural Insulated Panels.  Bill has also been active in working with his local Townships on affordable housing and planning issues so as to reduce our energy expenditures, strengthens communities by increasing economic and cultural diversity and the regenerative restoration of the undeveloped landscape. He served as co-chair of Mardythe DiPirro’s Affordable Housing Advisory Committee from 1988 through her entire tenure. Bill has continued to work on Affordable Housing issues within the East End also as chair of the Governance and Planning Committee of the A.I.A. Peconic Chapter, as member of the Long Island Progressive Coalition, and as member of the Peconic Institute executive committee.  Within his practice he has developed many technologies and plans for Affordable Housing Units that deliver high-performance / low operating and maintenance cost homes at costs competitive with code-minimum homes that are usually selected for affordable housing projects. His homes have been built by the local Habitat for Humanity chapter and many private year-round local homeowners. Bill is currently working on a “mother-daughter” home for someone on the Shinnecock Reservation and features several affordable Homes on the firm’s website, including some “micro-solar homes.